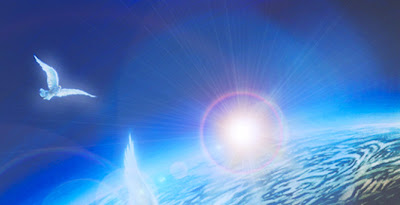 7th oct 2006: I was about to leave home, Mom, Siri, Friends and Delhi.. My heart was heavy. But no single drop of tear in my eyes. Everyone’s eyes were moist as they saw me leaving Delhi. We booked a taxi and went to airport.. On the way, no one spoke a word... Everyone was silent... Everyone smiling now and then.. Nothing else.. When we were about to enter the airport, everyone cried, except me... I thought what a heartless person am I... I was feeling sad.. but I was not crying.. May be I was more excited to travel by air than having the feeling that I'm leaving my home My First Flight As I entered the flight a very smart looking airhostess greeted us with a beautiful smile.. I didn’t get the window seat in my first travel by flight :( But outside scene was visible. As the plane was about to start, the airhostess showed some tips that we shd follow during the flight. The flight started and it was like as if i sat in a giant wheel... “that gurgling in the stomach"...slowly it went up and i could see the whole of Delhi.. Yamuna river looking like a non-linear thin line (as its shown in the physical map of India..).. We went up and up.. Out of the low pressure UP, I felt as if my ears are closed.. Then came the Himalayan mountains...Made of clouds(hehe).. I was on cloud nine (Satve aasmaan me rehna shayad ise hi kehte hain).. Within Just two hrs we had reached Hyderabad- The Hi-tech city as they say...Dad's office person came to receive us and help us go to Satyam Technology Centre... While moving along the roads of Hyd I actually felt no much difference in Delhi and Hyd as regards traffic and climate.. The only visible difference was that there were big Telugu movie postures... Anyhow we went to STC and found that there is no accommodation... We went to my uncle's House and from there we went to almost every relative’s house...
9th oct: This is one of the remarkable days of my life... I went to STC by a Satyam bus. Dad was not allowed to enter the office campus... Such a big office... Not even in my dreams I thought that it would be such big.. There were so many buildings, so many blocks... A long walk inside the campus... I was not getting anything... Where to go? Where’s my block?? Where’s my manager? I called my manager. He said “I'll be coming after 1.30p.m. Wait till then in ----- block"... beeep.. beeep ( He disconnected the call). “Which Block???”, I could not even ask this question.. There were so many blocks... As I stood alone there with fear, Siri's message peeped in my cell phone "Start ur day with new zeal, new hope, no tears, no fears.. Best of luck"... Tears rolled down my face and my new suits duppatta was almost wet- due to tears and some of which was also due to sweat... I didn’t know what to do... Dad called me up from the reception... He wanted to go back... I asked him to wait; I wanted to go with him... A long walk to reception... I did not know the path back to reception. With tears in my eyes, I asked some associates about the path to reception. They looked at me like an alien... Memories rushed like anything and I was feeling very alone.... Dad said that till 1.30 we shall take up a hostel... We went to "Navayuga Ladies hostel" .. its near market place.. Luks much like my own Dilshad Colony in Delhi... with so many shops in a row... (only difference as I said before was Telugu postures, and it was not a problem, as i know how to read and write Telugu).. After registering me in this hostel, we went back to STC. It’s too far.. One cant travel by corporation Bus... We booked an auto. I met my manager, finally... He looked full of attitude (Not his fault... the kind of work they do, I guess...) He didn’t let me speak... “Yes Sowjanya... So u are now in Hyd" He gave some forms to fill up... and asked me to leave his cabin... I didn’t spoke a single word except " Good afternoon sir".. But some other guys out there were kind enough and helped me in filling the forms... My hands print was taken (it was a formality)... I felt as if I’m a criminal and my finger prints along with hand prints are being taken.. I came back home (uncle's home)... It was the time I should leave for the hostel... The thought itself was bringing tears in my eyes. We went there... I arranged my luggage... There were some other Satyam trainees over there.. They were friendly... But as Dad was leaving the hostel... I can’t express what I was feeling!!!!!
My Father's elder brother - my "Peddanana garu" called me and said “Don’t cry. It’s a new journey. There is a lot of exposure to develop your personality and your SELF. God has given you a beautiful opportunity to expand yourself to the highest limit possible. And Family is always there for you. Science has made it so easy. A small device, can make you closer to your family... You are independent and you have full support."
at November 01, 2009